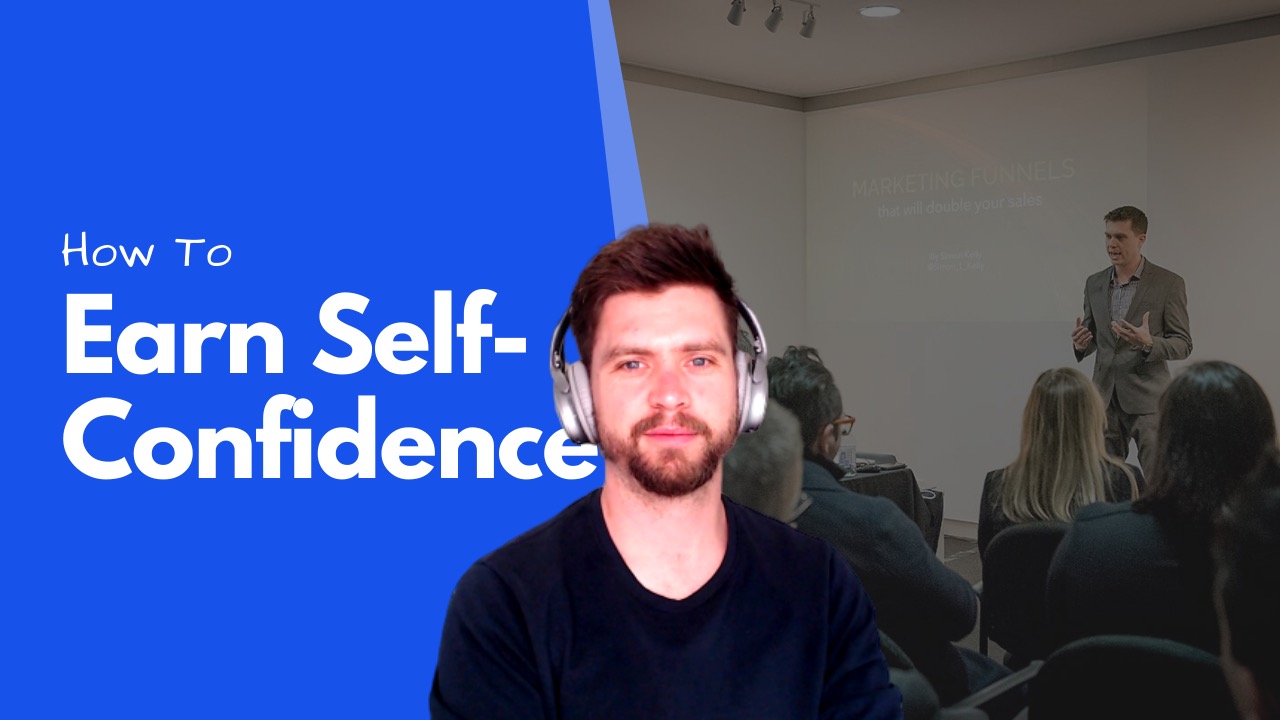 I always wanted to be a more confident person, I just had absolutely no idea how.

I always thought of myself as one of those “not confident people”.

For a long time, I wished I could become a confident person and wondered what the hell is wrong with me that I couldn’t just “be confident”.

I tried many many things, from daily affirmations and increased exercise, to only doing things I was good at, I even got to the point there I would isolate myself from almost everyone so I could work on being more confident and then I could return to normal life when I was this super-confident version of myself.

To my surprise, this didn’t help. At all. If anything, it made things worse.

I found myself losing confidence in my ability to socialise and I started to disassociate from my friends and my social life. My anxiety increased to all-new levels and I would spend more time sitting around overthinking and stressing than I would be out in the world living my life.

Clearly, what I was doing was not helping, so I made the decision to try something new.

Instead of staying away from the world, I decided I would try to get back out into the world and try things, even if though I was not confident at all and I felt a very strong sense of anxiety.

I had an opportunity to test this new idea out.

I have a few friends in the business and marketing world and a small group of them catch up every month for dinner and a few drinks and to have a chat. One of these monthly catch-ups was happening and I found myself trying to think of excuses for how to not go to it. I was incredibly anxious and felt awful about going, even though these guys are awesome and I always get massive value and enjoyment out of from spending time with them.

Somehow I managed to convince myself to go.

I was having a chat with one of the guys, Michael, before everyone else arrived and he said something that changed the way I looked at confidence.

He said, “self-confidence is keeping the promises you make to yourself”.

This hit me so hard that it felt like the entire world stopped.

I didn’t really know how to process it at the time, but I knew this was something important to me.

In the weeks and months to follow, I started testing if this statement was true and I began to notice just how often I would say to myself I would do things then not do them.

I realised just how much this affects the trust and confidence that I have in myself. Awareness is the precursor to change, so it was a good thing that I now knew.

This was the starting point for me to completely change the way I thought about confidence so I could do something about it.

You build self-confidence by doing the things you told yourself you would do.

Conversely, if they promise to do things and then don’t do them, this lowers your confidence in them. The more they don’t do what they say, the less confidence you will have in them.

Same goes for our relationship with ourselves. If you tell yourself you’re going to do something, then following through and doing it will build self-confidence. If you break the promise, then this will reduce your self-confidence.

If you practice this exercise regularly, you’ll see your confidence grow.

Tom Bilyeu once said in an interview “do hard things first thing in the morning”. These hard things are completely down to the individual, but what Tom said was that he gets up within 10 mins, then exercises (even though he hates it) then he has a cold f#cking shower.

For me, the promises I make and keep to myself as part of my morning routine are:

By saying I’m going to do these things than actually doing them builds my self-confidence every single day. If I wasn’t able to do all these things, then I would reduce them to just one thing that I could consistently show up and do for at least a week before adding anything extra.

What promises do you make and keep with yourself to build your self-confidence? Let me know in the comments.